Want to be a Hadoop Master ?
Subscribe to our newsletter and download the Apache Hadoop Cookbook right now!
In order to help you master Apache Hadoop, we have compiled a kick-ass guide with all the basic concepts of a Hadoop cluster! Besides studying them online you may download the eBook in PDF format! 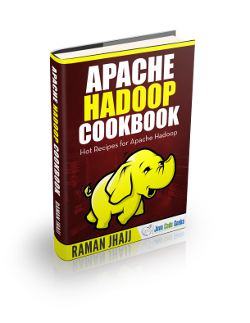 Apache Nutch is a production ready web crawler which relies on Apache Hadoop data structures and makes use of the distributed framework of Hadoop. Nutch follows the plugins structures and provides interfaces for many of the popular components which can be used as per the requirement. For example, Interfaces for Apache Tika for parsing, Apache Solr, Elastic Search etc for search functionalities.

In this tutorial, we are going to learn how to configure the local installation of Apache Nutch, how to handle the crawling URL lists and how to crawl using Nutch.

Let us dig straight into the installation.

There are only two prerequisites of this tutorial and Apache Nutch:

If the JRE and JDK are not already installed following the steps below to install:

Once we are sure that Apache Nutch is downloaded and extracted properly, we will not see how to conjure it and how to crawl out very first URLs.

To do so, open the file nutch-site.xml and add the property http.agent.name and in the value field, give the name to the crawler.

The file should look like the screenshot below after the modifications: URL seed list as evident from the name is the list of URLs which will be used as the seed for the crawler to start crawling.

Following the steps below to create a test URL seed list:

We have configured the crawler and created the seed list, its time for crawling.

This brings us to the end of the introductory tutorial on Apache Nutch. In this tutorial, we saw how to install and configure Apache Nutch. How to prepare the seed for crawling and how to crawl out first test websites. This crawled resultant database after this can be indexed in Apache Solr and can be made available for use. For that, check out the Apache Nutch official website for the tutorial on Nutch-Solr Integration.

Keep in mind that this is just and introductory tutorial and we have just scratched the surface here, Apache Nutch is much more capable and complex and will need a lot more configurations and setup to run in production environment.

I hope this tutorial helped in giving the introduction to Apache Nutch and how it can be used for crawling. Feel free to post a comment in case of any feedback or help.

what if i want to use nutch for crawlinG e-commerce sites?